Writing code on the computer

Now that the computer has a keyboard, I thought it would be great to be able to write and run code directly on it! To do this, I wrote a very simple machine code monitor (monitor for short). The idea behind a monitor program is to give the user direct read and write access to memory, so you can look at the actual stored bytes of a program (or data). By writing directly in machine code, you can also enter programs into memory, although this is far from a pleasant programming experience. Finally, a monitor should also let you execute code starting from a particular memory address so you can run the code you painstakingly entered.

One notable historical example is the Woz Monitor that came with the Apple 1, written by Steve Wozniak. Amazingly, the Woz Monitor uses only 256 bytes of ROM! My monitor, which I’m calling LCDMon (since it is designed for the computer’s 2-row character LCD), takes almost 1KB due to more CPU-intensive keyboard and display I/O (and my lack of assembly expertise).

LCDMon supports four operations: (1) read one byte, (2) read eight bytes, (3) write bytes, and (4) run. All commands are typed on row 1 of the LCD, while outputs from the last command are displayed on row 2. To read one byte, you simply type in the hex address to read from (0000-ffff):

To read eight bytes, you follow the starting address with a hyphen (page down on the keyboard scrolls the LCD to the the rest of the eight bytes):

The address 8000 is the beginning of ROM, where I’ve placed a jump table: 4c is the jump opcode, and the first entry of the table jumps to address 8013 ( little-endian, so the 13 comes first). Reading works!

To write bytes starting at an address, you write the address followed by a semicolon and then the bytes to write. To run code starting an an address, you follow the address with an R. To give you a sense of how this works under the hood, here’s a small snippet of LCDMon that handles writing entered data:

The full source code of LCDMon is available here: lcd_mon.s. To test if LCDMon was working, I used the table of 6502 opcodes to write a program at address 1000 that would fill the LCD with dollar signs (ASCII hex 0x24):

The whole program is just 8 bytes long! Here’s what writing this code looks like (notice I previously displayed the contexts at 1000, which is just garbage in RAM):

We can check that the program was written successfully by running 1000-:

And finally run it:

Woooo! In theory, any code could be entered by hand like this, but in practice it’s extremely tedious and prone to errors. Since writing LCDMon, I’ve been working on a number of hardware upgrades, most notably a graphics card! More on that soon. 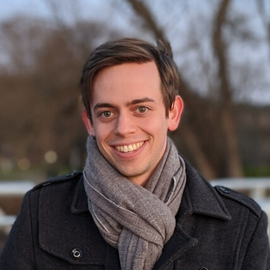