By Louis DiPietro and David LaRocca

David Gries’s admirers in the field of programming languages extend beyond humans: when the large language model, GPT-3, was asked to cite the field’s most crucial figures, it listed Gries.

A staple of Cornell University’s Department of Computer Science for nearly a half century, Gries – professor of computer science and the William L. Lewis Professor of Engineering in Cornell Engineering – delivered his final lecture on the last day of his classic course, Programming and Data Structures (CS 2110).

Nearly 700 students and colleagues attended the lecture in celebration of Gries, a field pioneer and visionary whose 60 years of programming experience inspired generations of students and shaped the history of computer science.

“Even AI knows about Gries,” said Kavita Bala, dean of the Cornell Ann S. Bowers College of Computing and Information Science, referencing the GPT-3 that namechecked Gries. “Don’t underestimate this result. Gries, a living legend, is among the giants” in computer science, she said. 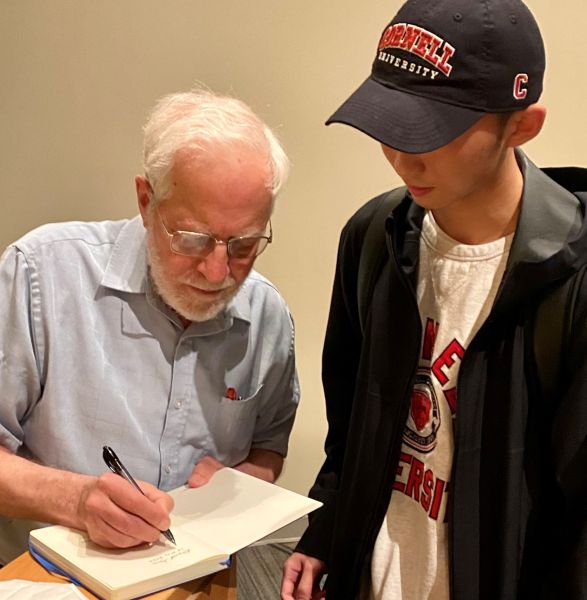 A professor since 1966, Gries – known for his quick wit and his love of limericks – received the 2022 Tau Beta Pi Professor of the Year Award from the Cornell Engineering Alumni Association (CEAA) for his exceptional attentiveness to student questions (answering them in record time) and offering signups for students to join him for lunch. He joins fellow computer science faculty who’ve received the Tau Beta Pi award in the last decade: Robert Kleinberg ’97 (2012), Walker White, M.S. ’98, Ph.D. ’00 (2014), Anne Bracy (2019), again Walker White (2020), and Michael Clarkson (2021), who has been a frequent collaborator and co-teacher with Gries in CS 2110, and who provided introductory reflections at the last lecture.

“Bloom where you are planted,” Gries told undergraduates in his final lecture. “Find your own way… College is for learning how to live a good life,” not just for finding ways to earn a living.

Gries was born in Flushing, NY and attended Queens College, where his father was a classics professor. After earning a bachelor’s degree in 1960, he worked for the U.S. Naval Weapons laboratory as a mathematician-programmer. He received a master’s degree in math from the University of Illinois; his mentors their directed him to the Munich Institute of Technology, where he subsequently completed his doctorate under the direction of F. L. Bauer and Joseph Stoer. He then taught computer science at Stanford for three years before moving to Cornell in 1969, where he has been affiliated ever since.

In her remarks following Gries’s lecture, Bala articulated his immense impact on computer science, especially programming languages, and not just from teaching but also from his scholarship, such as the landmark book, “The Science of Programming” (1981).

During his time at Cornell, Gries earned a Clarke Award for Excellence in Undergraduate Teaching (1987), was named a Weiss Presidential Fellow for contributions to undergraduate education (1995) and received the Computer Science Department Faculty of the Year Award three times (1996, 1999, 2017). Later this week, he will receive the Bowers CIS Lifetime Achievement Award for Teaching.