Code Afrique: A Cornell Initiative for Computer Science in Africa

The mission of Code Afrique is to give African students a window into the world of computer science and its vast potential for development in the current era of technology. In particular, the aim is to increase the representation and inclusion of Black people in computer science. Given the long history as well as the latest events surrounding race and racism, especially pertaining to Black Lives Matter, these goals are as critical as they are prominent. Gender equality is also an ongoing goal for Code Afrique. After several years, Code Afrique has seen significant success in attaining these goals with more and more women and people of color joining the ranks who train and subsequently teach in computer science. 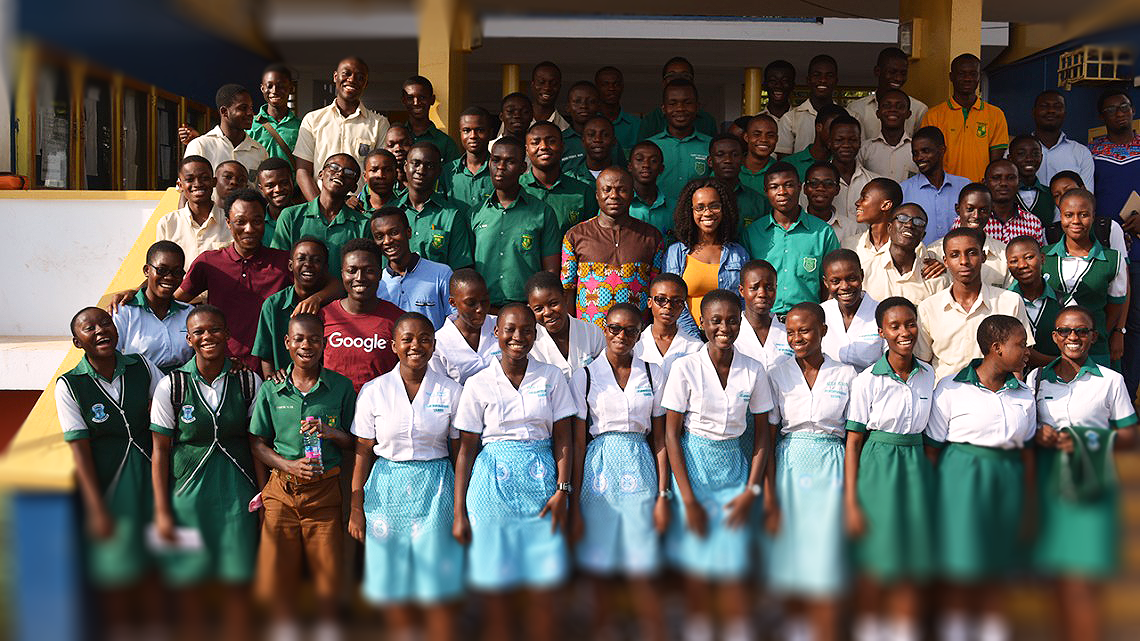 The core team of Code Afrique consists of Cynoc Boahene (Cornell), Samuel Appiah-Kubi (Duke), Jesse Phillips (Cornell), Professor Robbert van Renesse (Cornell), and Associate Professor and Interim Associate Dean of Diversity and Inclusion Hakim Weatherspoon (Cornell). This year Thandolwethu Dlamini joined as a representative for Eswatini (formerly Swaziland). The event also includes twenty student volunteers from Cornell and Duke universities as well as a volunteer from Ithaca High School and another from Binghamton University. Most of the volunteers were African or African-American. Not only do students benefit, but it is a great educational experience for the mentors as well. Code Afrique was generously supported by ACM (Association for Computing Machinery), Google, Facebook, VMware, BBN Raytheon, and Cornell University, among others.

January 8th through 15th 2020 marked the time of the third Code Afrique event in as many years, and the occasion for teaching high school students in Africa. It also was the first year the program visited a country outside of Ghana and included an audience of college undergraduates. In Eswatini, some 130 high schoolers and 90 undergraduates were introduced to Python programming language followed by an additional 210 high school students and their high school math teachers in Kumasi, Ghana.

Code Afrique aims to keep the positive and productive momentum going by providing all participating schools and clubs with materials on an ongoing basis. Unfortunately, as the coronavirus pandemic is now raging in Africa, it would be unwise to have in-person gatherings in January 2021. Code Afrique, however, is planning to reconvene sessions in January 2022 and is now looking at ways to expand the program to include Kenya and possibly other locations.

To learn more about the origins of Code Afrique, see also this Chronicle story by Melanie Lefkowitz.