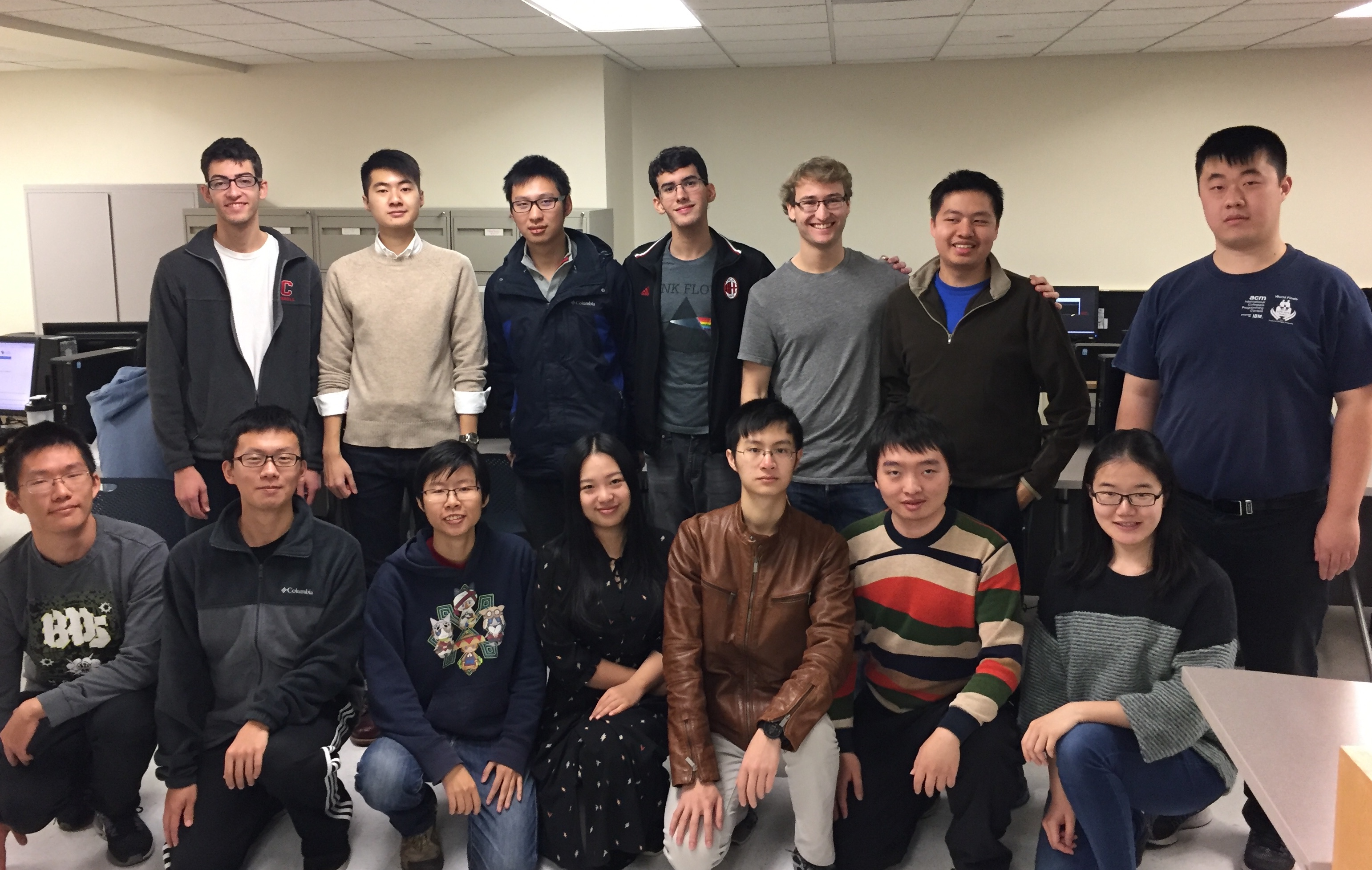 After 5 long hours of exhausting competition, fighting over both the difficult problem set and the laggy Internet, the Cornell team “Cornell 2” won the first place of this year’s ACM-ICPC Greater New York Regional! Congratulations to them!